Hi I’m Ellie a second year Business Management student here at Pearson College London and I have been living at IQ Tufnell House in Tufnell Park, London. Here is my experience!

It was near-impossible for me to commute, as I am from Hull, so I had to find suitable accommodation. IQ Tufnell House was recommended to me by Pearson College London and, after my own research, I decided to book a room there. I lived in a flat with 5 other people from Pearson College - a mixture of business school and Escape students and stayed in a ‘Gold En-suite Plus’ room. This room was fantastic for me as it had: an en-suite, large desk, double bed and had a shared kitchen and living area so I could socialise (when I wanted to). The other thing I really liked about this accommodation is that all bills were included in the room price. This took a lot of stress away as I didn’t have to worry about paying for my water bill every month, going over my WiFi limit etc., as it was all taken care of.

In addition, there are also other great amenities on-site. There is: a gym, study room, common room (with table tennis) and on-site laundry. They also have 24-hour security which was a huge thing for me as I had never lived away from home before! When I first moved in, it was a surreal experience - being placed in a flat with 5 total strangers knowing you’re going to be living together for the next year! Looking back, I am glad that I decided to live with other people for my first year as it helped me settle in knowing I wasn’t on my own. However, in second year, I decided that I wanted to live by myself and to have my own studio flat. Because I really liked IQ Tufnell House the first year, I decided to stay there and I booked a 'Bronze Studio Plus' which I currently live in. I enjoy having my own space and I still really enjoy the area. Tufnell Park has some great local pubs and bars and IQ Tufnell House is close to a supermarket and tube station.

Tufnell Park is on the Northern Line so, when I go to Pearson College, I either take the Northern Line to Kings Cross then the Piccadilly Line to Holborn or I go straight from Tufnell Park to Tottenham Court Road; both take around 25-30 minutes in rush hour and it just depends which tube comes first as to the route I take.

I have rebooked to stay at IQ Tufnell House, in a studio flat, for my final year as I really enjoy the safety of the site and the independence of having your own room but would highly recommend a shared flat for the first year so you don’t feel left out in events such as ‘Freshers Week’. 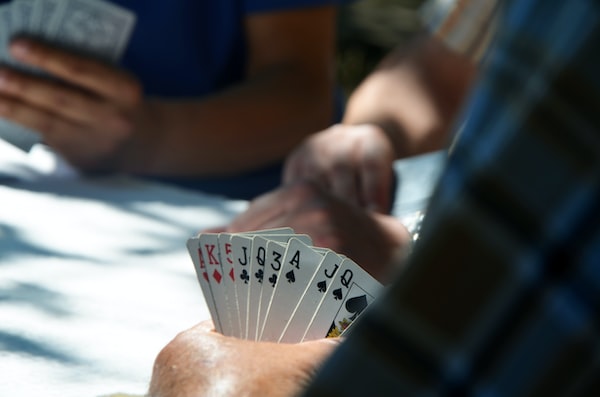 The Pearson College London Cards Club society is a chance for members to learn new skills such as card math and psychological responses.

We sat down with June, Business Management with Finance student at Pearson Business School, to discuss her experience of the LVMH Industry event.