Animation is the illusion of movement created by showing a series of still pictures in rapid succession (Computer Hope).

The earliest animations were completed by J. Stuart Blackton, who shot the first ever animated sequence on film ever. The expressions of a drawing occasionally change with the help of a prop man.

J. Stuart Blackton returned with this piece, without any prop actors. This piece looked at characters drawn on a chalkboard, occasionally interacting with one another.

French Caricaturist Émile Cohl produced the first fully animated cartoon with no live-action whatsoever. It was made from 700 drawings and was the earliest example of traditional animation

This was an animated short film by American animator and cartoonist, Windsor McCay. This was the earliest animated film to feature a dinosaur.

This is often mistaken for Mickey Mouse's debut, but it wasn't him. However, this was the film that made Mickey Mouse popular and is a moment in history due to having the most recognisable visuals ever!

This was the first film ever to win an Academy Award for Best Animated Short film. It was also one of the first animated movies to include colour, which was very financially challenging for Disney.

Snow White and the Seven Dwarfs was the first ever full length animated feature film. This displayed Walt Disney's talents as one of the world's most innovative storytellers.

This was the first ever prime-time animated show on television.

A film close to home, (our Head of Animation Alex Williams worked on it) Who Framed Roger Rabbit, was the first ever film to combine real world actors with animated characters.

It became so famous because there were so many characters and assets from different studios all making an appearance in one feature film.

This was a moment in history because of the realistic animated creatures that were seen on screen. It took the studio one year to create 4 minutes of computer generated dinosaurs.

Toy Story was the first ever entirely computer generated feature film. This made it the first animated film to be nominated for an Academy Award for best original screenplay.

Avatar, in 2009, was the first ever film to have real actors acting in a totally animated world. This was the opposite of Lord of the Rings before, which had computer generated characters in real world settings.

The Simpsons is the longest ever running animation-based TV show in the world! Eat my shorts!

All dates and film titles on this blog were taken from: https://www.fudgeanimation.com 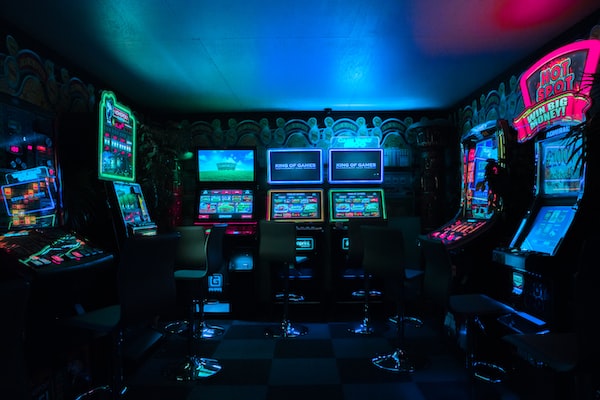 Video Game Art has grown from arcade games to full immersion in a game.

This week we had a visit from Industry professional Environment Artist Anya Jo Elvidge.