Laraib Atta studied the Visual Effects course from Escape Studios and began her career at the age of 19! She has received the title of the youngest Pakistani and only woman from the country to be working at such a professional level. Laraib has been part of some of the best vfx companies including MPC, Framestore, The Mill, Aardman Animation, BBC, Sky TV and now Dneg. Her recent project Netflix's Altered Carbon was nominated for an Emmy and she herself was nominated for Visual Effects Society award for some of her outstanding work on the show.

Laraib has shared with us her amazing success story and how Escape Studios helped her get to where she is today!

What course did you study?

I did the comprehensive VFX COURSE which was for both 2D and 3D that taught the basics of modelling, rigging, animation, texturing, matchmove, roto/prep and compositing.

What are you working on at the moment?

Although the present projects are classified. Some of my recent projects were Netflix Altered Carbon, DC Krypton and Mission Impossible Fallout.

If you had to sum up your time at Escape Studios in one word, what would it be and why?

I would describe my time at Escape Studios as life-changing as I really don't think any other single word could describe it so well.

The VFX course at Escape Studios played the most important role in getting me into the industry. It was very intense and I learnt with professionals. I originally got a place at university studying architectural engineering, but I decided to make VFX my path.

"The great thing about Escape is that they involve their existing students with well-established companies. I stood out as I was the youngest and only Pakistani girl, but I was determined, committed and the recruitment manager at Escape gave me the opportunity to intern at smaller companies with a junior position, while I was studying. After graduating, I got hired by MPC and my career took off."

Not only did I discover my passion for VFX at such an early age, I also landed into my dream job. I had the opportunity to work with some of the best VFX companies and projects that were nominated for several awards. And now I have the opportunity to do public speaking and inspire other aspiring artists too.

What lessons have you learned during your time studying and your time working in VFX?

In this industry you constantly face different challenges. But I can happily say that my personal challenges are the toughest to overcome. I have always struggled to be outspoken and communicate with others. Due to my personality and culture growing up, I was used to being quiet and would always try figuring things out on my own. But since joining the VFX industry, I can see how important communication is. In addition, being one of the very few women, I knew that I have been given an opportunity here and I needed to step up my game. It took me time to get out of my shell, but when I see an opportunity I push myself out of my comfort zone.

What's your favourite animation and why?

Growing up I used to love watching Animation features and Toy Story was my all-time favourite. I loved the characters, animation and the story line. It was then when I was inspired to think how was it all made. However, now as I also love sci-fi films some of my favourite movies are Inception, Interstellar and Blade runner.

The natural progression would be to become a lead and then a supervisor.

I have already been given opportunities to work on some of the big shots as a look-dev artist and lead others.

I always find there is something you can learn, no matter what position you are in. It is all about being patient, listening and putting in the work. I also really enjoy inspiring others to challenge themselves and push beyond their own boundaries and mindset.

"Since becoming the only woman from Pakistan to work at such a professional level in the VFX industry and started off at such a young age, I was given the opportunity to do a TEDx talk. One of my recent interviews with BBC went viral and I have also been invited to several conferences and talks."

Some of the Conferences I attended recently as a guest speaker were in Pakistan (one of the biggest design events), Toronto - VES women in VFX, another event I attended just at the beginning of November 2018 was in San Francisco - Silicon Valley representing women in tech and VFX and also representing minorities (it was held at Netflix headquarters). I have been part of mentoring students in London through Access VFX and other sources.

I am also now part of a podcast - Culture in the Craft - which is really new and we will soon be releasing our first episode. It's a podcast for representing and promoting diversity and people of color in the creative industries. I am also working for empowering women in Pakistan and other parts of the world. My next collaboration will be with UN Women for empowering women and gender equality.

For more information about Escape Studios, visit our website.

It's scholarship season for our Master's courses at Escape Studios. Check out what the winners have to say about their success! 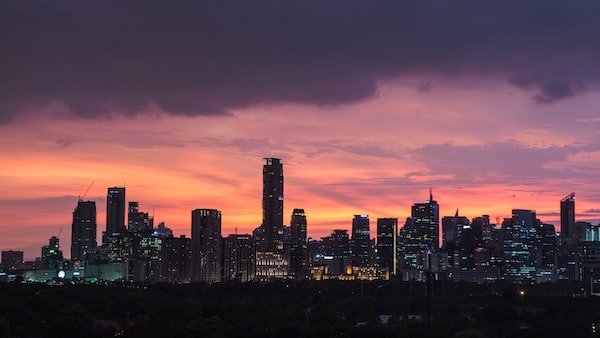 I'm Emily, an International Rotational Degree Apprentice at Pearson College London and I have an upcoming summer placement in Manila, The Philippines. Check out what I am going to be doing.